Ribchester lies in a curve of the River Ribble in Lancashire, beautifully placed about mid-way between Preston and Clitheroe. It is a pleasant cluster of multi-coloured stone cottages (some dating back to the 17th and 18th centuries) in long twisting terraces with a rich and well-preserved historical tradition. It is the only village which actually lies on the banks of the river, a fact that has always caused serious problems of flooding and erosion. However it is this position on the river and its views over to Pendle Hill which draw many visitors to the village.

The village takes its name from the River Ribble and the fort of Bremetennacum (the walled town by the river). At first sight, it appears that the site of the fort was chosen by the Romans because it was a major crossroads and river crossing. However, there have been several interesting Bronze Age finds around Ribchester, including the discovery in 1977 of several cremation burials in urns near the main car park in the village. 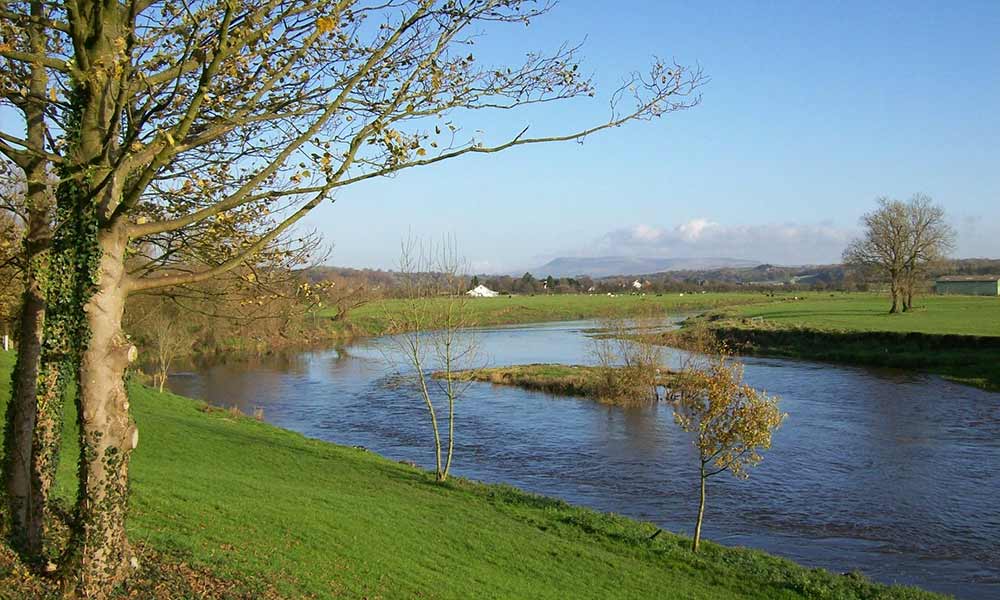 In common with many areas of East Lancashire the later history of the village is dominated by cotton weaving; first, in the form of hand loom weaving and later in two mills, neither of which still operate. The houses on Church Street, in the vicinity of the White Bull were Weavers cottages are a continuing reminder of this local cottage industry. Latterly the village became primarily a dormitory village for commuters to the town of Blackburn and the cities of Preston and Manchester.

Although a relatively small village (c2000 population) it is well served by local amenities. It has a school, three public houses, a sports and social club, a café, a well-stocked village store/Post Office, car repair garage, two churches, an ancient chapel dating back to the 13th century; and important historical sites such as the remains of the Roman Baths, the Roman Granaries, and the Stydd Almshouses. For a small village there is plenty on offer to see and do. It has a Roman Museum to visit, the Playing Field (which includes a football pitch, tennis courts, children’s play area) with the Millennium Garden at its Church Street entrance. On the outskirts of the village there is an area known as Stydd Gardens which is a collection of small retail outlets and places to eat. Throughout the year there is busy calendar of events, for example, Ribchester Field Day in June; an annual fund-raising Duck Race in September; regular plays performed by the Ribchester Amateur Theatrical Society (RATS); concerts and other events at the Village Hall; and major events in the Christian calendar celebrated in the local churches.